Tours can be designed to suit the needs of people wishing to start their Scottish vacation in the Glasgow area. The possibilities as to where you go are only limited by the number of days available, but a lot can be packed into even a couple of days.

For example in two days you could have a short tour of the West Highlands and Islands visiting Oban, "The Gateway to The Isles" and now also known as "The Seafood Capital of Scotland", as well as the islands of Mull, Iona and Staffa.

The route would take us along the banks of Loch Lomond, the largest inland Loch in Great Britain, before going along the banks of Loch Long and Loch Fyne, both sea lochs.  You would also visit the picturesque town of Inveraray with ample time to explore the spectacular Inveraray Castle as well as the Inveraray Jail, a 19th century gaol and courthouse.  Continuing  on to Oban we would have an overnight stop with time for a nice meal and maybe a wee dram before bedtime.

The next day, weather permitting, would involve going by car ferry to The Isle of Mull, driving across the island to Fionnphort, for the short ferry crossing to the small island of Iona where St Columba, the Irish Missionary credited with bringing Christianity to Scotland, founded his monastery in 563 AD.  Subject to weather conditions a boat trip could be taken to Staffa, an uninhabited island famous for Fingal's Cave and its rock formations.  If we are fortunate dolphins, porpoises and basking sharks may be encountered during the boat trip whilst seals are usually seen on rocks and in the harbour at Fionnphort.  Staffa is also a good place to see Puffins with a colony normally resident from May until July.

The return journey from Oban could be on a different route through Glencoe, arguably the most romantic and majestic glen in Scotland, then stopping at "The Drovers Inn", a pub frequented by Rob Roy McGregor in the early 1700s, for some food and drink before the final hour of our journey back to Glasgow driving alongside the full length of Loch Lomond.

As all of our tours are private to you they are designed specifically to accommodate your wishes and interests.

On a five day tour you could go at a slower pace allowing more time to immerse yourself in detail or, alternatively, you could see more of our beautiful country and visit more places.  You could have one night in Oban, one night on The Isle of Mull, one night on The Isle of Skye and a night in Inverness before returning to Central Scotland.  This itinerary would allow you to go on a rail journey from Fort William to Mallaig on "The West Highland Line" voted as the top rail journey in the world by readers of Wanderlust Magazine.  The line crosses the Glenfinnan Viaduct made famous by "The Hogwarts Express" in "The Harry Potter" movies.  The train is hauled by a steam engine during the summer months.  A visit to Inverness would not be complete without a short side trip to Loch Ness where you can try to spot Nessie, the elusive Loch Ness Monster.

Further inspiration and information can be found in the links page. 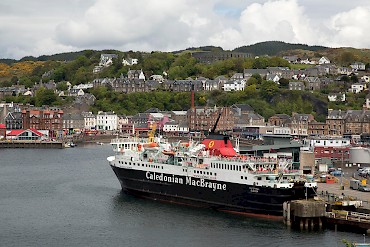 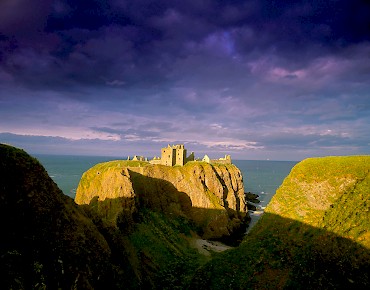 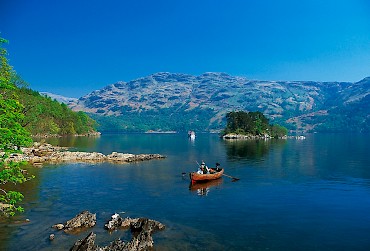